What else do we need to look for in Horary Sports Astrology?

Although You can make some speculative bets with the Introduction to Horary Sports Astrology it is always better to have more information about the situation.

For that, I also add aspects. Specifically, the first thing I look at after the main significators and houses is aspects from the significator to the ruler of the 10th house. Crucial!

In order to do that, I need to explain applying and separating aspects in astrology. And we always prefer applying aspects! Much stronger.


In the example above (I like to use this example because it was one of the most clear-cut bets and charts I’ve had in a while = easier to predict and bet on these events) You can see that the ruler of the 10th house is Mars (the traditional ruler of Scorpio). In Horary Sports Astrology we use traditional rulers first and then we look at modern rulers for additional information.

You can see Leicester at 24 degrees of Virgo. As in this case, the Sun or Leicester is the faster-moving celestial body and is MOVING AWAY FROM the planet of victory in this case Mars, the team has a lower probability of winning the match. All signs point to Tottenham in this case.

What else is important regarding aspects in Horary Sports Astrology?

We want more supportive aspects to whomever we are going to place the bet for or predict victory to.

Supportive aspects are sextiles and trines. If a benefic is making a conjunction to one of the significators, we also like that. By benefic, I mean Jupiter or Venus. When the conjunction is with a malefic (Mars or Saturn), this is usually more of a negative sign. Especially when we are talking about Saturn.

Mars can actually energize the team but here we need to also consider the condition of Mars. Moon conjunction is also more of a positive sign, as well as Mercury. NB! Unless they are the ruler of 6th, 8th, or 12th houses respectively.

The outer planet conjunctions are a wild card but can be good if they are the ruler of the 10th house.

Whenever a significator is in applying conjunction and the closer the better (the same degree is best) to the ruler of the 10th house = an extremely strong sign of victory! But not enough alone if other influences are bad.

The common rule with harder (square and opposition) and harmonious (sextile and trine) aspects = the more harmonious ones the better for the team. If harder ones have the upper hand = bad for the team or player involved in the prediction.

Special mentions of aspects to look out for

If one of the significators is making an applying conjunction to Part of Fortune = extremely good. And a high probability of winning the event. The closer the orb the better.

If one of the significators is in conjunction with Neptune = can mean losing the event. NB! Unless Neptune rules the 10th house (the 10th house cusp is in the sign of Pisces).

With conjunctions = I always look at which of the houses the planet rules. As already mentioned, the 6th, 8th, and 12th are the worst. 10th is the best.

A video about rulership:

If one of the significators is in applying conjunction to the North node = this is a positive omen. And if one of them is applying to the South node = a negative indication. I like to keep the orb quite close here. I would go 4 degrees max. Or if You are courageous, You can go 10 degrees max.

The conjunction is the strongest!

The conjunction is the strongest of the aspects! But remember, depending on the planet that the significator is in conjunction with, the event will be either positive or negative for the team or player.

No aspects to the significator or only hard ones = negative or bad. But hard aspects are better than no aspects!

If there are no conjunctions = I count the number of harmonious aspects to the significators, then harder, and whoever has the upper hand gets one point towards strength.

Go look at the chart above. I’m going to describe my exact logic when making this bet or prediction. We already established that Saturn or Tottenham has an applying trine to the planet of victory. And Leicester or Sun has a separating square from Mars. Tottenham has the upper hand. NB! Applying aspects to the 10th house ruler or applying aspects to Part of Fortune are stronger indicators of victory than just harmonious aspects.

Whenever the weaker significator has a separating aspect to the planet of victory or ruler of the 10th house = this can mean that they go ahead in the competition. It is as if they are taking the victory but letting go of it at the same time. In this case, Leicester took the lead but couldn’t hold on to it (separating aspect).

When I’m looking at aspects in Horary Sports Astrology, I always look at aspects to the 10th house ruler and Part of Fortune first.

Who will win in the example chart?

When I put it all together = Tottenham is still stronger and has more chances of winning. (Tottenham won the match 6-2).

I have now shared the basics of making a prediction and a bet (if the chart is there) in Horary Sports Astrology. After evaluating the dignity, house position, and important aspects = the foundation for predictions has been laid.

In the next posts, I will go even deeper and share more secrets about making predictions through Horary Sports Astrology. 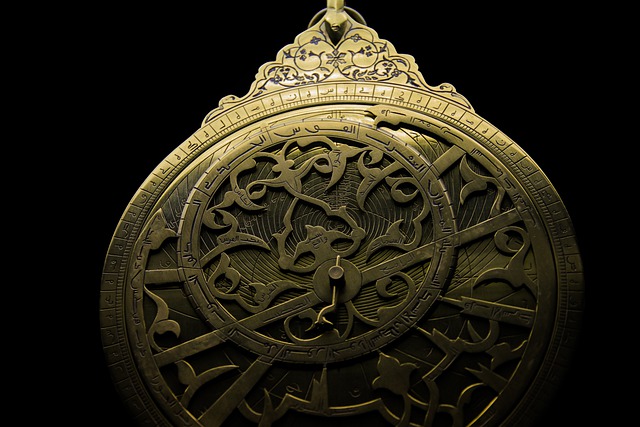